A dream in black and gold

They were considered the most beautiful cars in Formula 1: 50 years ago, in 1972, the black and gold racing cars of the British Lotus team fascinated the public for the first time in the premier class of motorsport. The design went back to the then sponsor John Player Special (JPS) and became the trademark of the Lotus racing cars in the following years. At the Essen Motor Show, fans will be able to experience a total of 18 vehicles in the striking JPS colors in a special show in Hall 3 of Messe Essen from December 3 to 11 (Preview Day: December 2). These include seven Formula 1 cars alone from a time when the racing series stood for high excitement, thrills and wild parties.

"The special show takes visitors on a journey back in time to the past 50 years. The focus is, of course, on Formula 1, but we will also be showing several sports cars and motorcycles as well as a bicycle and an electric vehicle in the black and gold design of John Player Special," explains Ralf Sawatzki, Project Manager of the Essen Motor Show, stirring up anticipation for the exhibition. One of the most successful vehicles on display is the Lotus 77 from 1976 with a three-liter Cosworth DFV engine, which emitted around 465 hp. With the Lotus 77, the team led by Lotus boss Colin Chapman returned to the front ranks of Formula 1 after previously experiencing two lean years.

Shrouded in mystery and banished: the Lotus 88

The car with the most curious history at Essen is the Lotus 88 from 1981. The car is still shrouded in mystery among racing fans today because it only appeared on a racetrack three times and was banned by the stewards after just a few practice laps. The 88 was Colin Chapman's response to the new rule that movable skirts were banned on cars. However, the relevant passage of text in French was unclearly worded. Taking advantage of this gray area, Lotus boss Chapman and his team began to design a new race car - but the Formula 1 sports commissioners disagreed with the resourceful designer.

Things went better for Lotus three years earlier: In 1978, the British company presented the Lotus Esprit JPS at the Essen Motor Show - not a Formula 1 car, but a road car based on Mario Andretti's Formula 1 World Championship title in the same year. In 2022, the sports car will be on display again at Essen. Each example is numbered and has Colin Chapman's signature on the dashboard. In addition, all cars have a three-spoke Momo steering wheel with Mario Andretti's name on it. A total of just under 150 cars are said to have been built by 1979. With 160 hp from four cylinders of its two-liter engine and a weight of 900 kilograms, the Esprit JPS reached a speed of 200 km/h.

Electric on the road in the Sinclair C5

The Sinclair C5, which is also on display, is not really suitable as a role model for the racing cars in today's Formula E, with a top speed of 24 km/h. It is a vehicle that has been produced in the UK since 1984. But the three-wheeled electric vehicle, which was produced in Great Britain from 1984 onwards, will still be remembered. The Sinclair C5 had a DC motor with 250 watts (0.34 hp), its weight was 160 kilograms, and it could travel just under 30 kilometers on one battery charge. Ayrton Senna and Elio de Angelis must have thought that was enough off the track at the 1985 Formula 1 Grand Prix at Silverstone: The two Lotus factory drivers drove around the paddock in two C5s in John Player livery.

In addition to the special show on the occasion of 50 years of John Player Special, around 500 exhibitors from 13 countries will present their range of products and services for sports cars, tuning & lifestyle, motor sports and classic cars at the Essen Motor Show. Among others, well-known brands such as BMW, Brabus, Continental, Hankook and the Mercedes Fan World will be present. Tickets can be purchased exclusively in the online store on the Essen Motor Show website: There, visitors can choose between a regular day ticket for 20 euros (reduced: 16 euros) as well as tickets for the exclusive Preview Day and afternoon tickets. 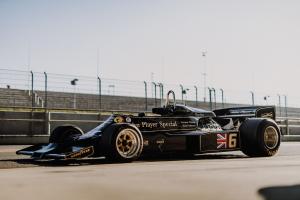 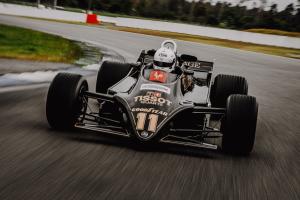