Attraction with a tradition: For the 38th time, the Classic & Prestige Salon will take place within the Essen Motor Show from 30 November* to 8 December

- Fascinating conclusion to the 2019 classic, collectors' and connoisseurs' vehicle season

After the great success of last year, the 38th Classic & Prestige Salon at the Essen Motor Show will occupy two of the eight halls in 2019, too: On around 17,000 square meters in Hall 1 and Hall 2, the classic car exhibition within the performance festival will document that it is one of the most important supporting pillars of Germany's largest annual motor show. This year again, more than 300,000 visitors are expected at the show for "Automobiles, Motorsports, Tuning, Classic Cars, Show & Action" - enthusiasts with passion and excitement for powerful, individual and historically significant automobiles.

With the impressive appearance of the Classic & Prestige Salon at the performance festival, the 52nd Essen Motor Show will demonstrate the great importance of the subject of classic cars at the end of the season. Here, any people interested in classic cars will find the quintessence of the international range available from the fields of classic cars, young classic cars, historic motorsports and classic and prestige automobiles in the more than 250 offers from renowned dealers, such as Brabus Classic from Bottrop.

In addition to high-quality classic cars, the Classic & Prestige Salon will also present numerous affordable vintage cars and youngtimers: The BMW Isetta - "Bubble Car" - will be represented, as will the indestructible VW Beetle, the Fiat Cinquecento or the Opel Kadett. There will be something appropriate for almost every taste and budget.

Since 1982, Germany's oldest classic car salon has developed into a showcase for the vintage car and youngtimer scene and an attractive, high-level classic car marketplace. Moreover, lovers of historic automobiles will discover everything that belongs to their hobby: accessories, services, tools, literature, model cars, art, automobilia and club presentations.

Meanwhile, the main attractions of the Classic & Prestige Salon will again be the special shows of the organizer S.I.H.A.. A large presentation of exclusive super sports cars from the last five decades will be fascinating in Hall 1. Particularly spectacular: In cooperation with FordStore Hagemeier from Halle, S.I.H.A. will inspire connoisseurs with one vehicle from each of the three generations of the legendary Ford GT 40. Super sports cars such as the first Koenigsegg to be built or a Bugatti EB 110 to mark the 110th anniversary of the brand and the Bugatti Chiron will make the sports car show an incomparable event.

The second special show in Hall 2 will feature spectacular cars which played leading roles in film and television. The "Tumbler" from the "Batman Begins" film from 2005 will cause a sensation in Essen. And the tuned Opel Manta which is one of the stars in the "Manta, Manta" film together with Til Schweiger will appear for friends of German films. The legendary De Lorean with the "Flux Compensator" from the film trilogy entitled "Back to the Future" will be the next in line. Furthermore, the legendary K.I.T.T. ("Knight Industries Two Thousand") - a modified black Pontiac Firebird Trans Am which can think, talk, and drive himself and plays one of the leading roles in the American TV series called "Knight Rider".

The racing series called "Touring Car Legends" will celebrate its premiere at the Classic & Prestige Salon. Founded in January this year, the initiators have so far staged six races with racing touring cars from the 1980s and 1990s - also with stars such as Ellen Lohr and Klaus Ludwig. The motto of the racing series: "Racing with friends". The touring car special show at the Classic & Prestige Salon will feature fireballs such as the Audi V8, and the Mercedes-Benz 190 2.5-16 Evo 1 and Evo 2, plus a hot Fiat Ritmo, an Alfa Romeo 75 and other rarities.

Visitors to the fair will experience another major premiere in Hall 1:

PS professional and tuner Sidney Hoffmann presents unique cars in the typical Sidney Industries look with his new classic division Automobile - among others a Nissan Skyline GTR, a Porsche 964 and 993 as well as a VW Golf I. An appearance that will inspire the fans of tuned and refined classics as well as youngtimers.

To give international classic car dealers an additional incentive to present only the best of the best from their ranges in Essen, there will, as is a tradition, be a Concours d'Elégance again this year. A jury of internationally esteemed classic car experts will select the most interesting automobile from the dealers' ranges as the "Best of Show".

Charity campaigns will also be a subject: the organizer S.I.H.A. will support campaigns such as the " Children's Heart Foundation" during its presentation on the Sidney Industries stand. With its "Vintage Car Donation Campaign", it will also give the Giessen Counseling Center the opportunity to present itself at the Classic & Prestige Salon and to celebrate the 25th anniversary of its "Vintage Car Donation Campaign".

This will make the Classic & Prestige Salon at Europe's largest annual motor show a season finale and, more than ever, an absolute must for established connoisseurs and young beginners alike as well as, at the same time, a foretaste of the world fair for classic automobiles - the 32nd Techno-Classica Essen in March next year. 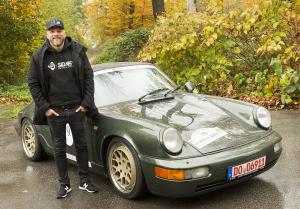 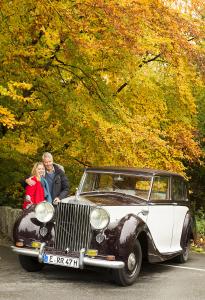 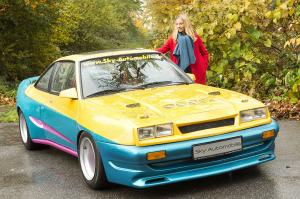