Discreet, noble and sometimes even sustainable: these are the trends on the tuning scene

From 30 November to 8 December (Preview Day: 29 November), the tuning world will meet at the Essen Motor Show at Messe Essen. With more than 500 exhibitors, the performance festival will be the most important meeting place in Europe. Although it is often a question of "deeper, faster, wider", a new trend is also emerging: many owners are increasingly focusing on discreet, noble appearances for their vehicles and are also devoting themselves to sustainably powered models. In the special show called tuningXperience in Halls 1A and 3, visitors to the Essen Motor Show will experience the best models of the tuning season - from the latest state of the art to rustic classics.

The 160 or so vehicles will be privately owned and will come from all over Europe. They will include several world and German premieres built by their owners especially for this year's Essen Motor Show. tuningXperience will cover nearly all current tuning styles: from daily drivers and US cars via performance fireballs and youngtimers up to vehicles in the VIP style and models held close to series production in the OEM style. These will be not only vehicles with road approval but also pure showcars whose owners have refined them throughout.

"With us, everyone will get their money's worth: we will show not only state-of-the-art vehicles with modern safety and comfort but also more rustic youngtimers offering unadulterated driving experiences," says Sven Schulz, organizer of tuningXperience, describing this year's focus of the exhibition. "Many owners emphasize the original lines of their vehicles instead of destroying them. The trend is towards an elegant, unobtrusive design with hidden highlights and details. At tuningXperience, this development can be seen in international vehicles from Belgium, Germany, England, Finland, France, Luxembourg, the Netherlands, Austria, Sweden and Switzerland."

The range of models this year will extend from small cars such as Mini Roadster, Polski Fiat 126p and Smart Fortwo through mid-range vehicles à la Audi A4, BMW 3 Series and VW Golf up to luxury class representatives such as BMW 650i and Mercedes-Benz S-Class. The classics in the line-up will include Audi 100 (C1), Audi Urquattro, BMW E9 3.0 CSi, Opel Ascona A and VW Caddy 1. At the other end of the timeline, there will be new models such as Audi RS5, Porsche Cayman S and VW Touareg 3 R-Line. Even with exclusive sports cars, there is still more to be done in terms of design and performance: Audi R8 V10 Plus, Jaguar F-Type R, Lamborghini Aventador and Porsche 911 GT3 will be examples of this.

E-mobility does not stop at the tuning scene either and many tuners are open-minded towards it. Although the vast majority of vehicles still have combustion engines, sustainably powered models have long since gone beyond their former exotic status. The highlight of tuningXperience in this respect will be the Polo "edrive concept" by Julien Boyer from France who, after years of detailed work, gave the small car an electric drive and a remote control via an app. Visitors can also look forward to tuned Tesla vehicles.

Japanese models are traditionally popular among Europe's tuners. The representatives at tuningXperience will include Honda S2000, KIA Ceed-GT, Mazda MX-5, Mitsubishi Lancer Evolution, Nissan Skyline and the GT86 and Supra models from Toyota. In contrast to Japan which is characterized by a lack of space, the cars literally take up more space almost 10,000 kilometers further east as the crow flies: The American way of drive is characterized by generously dimensioned bodies and engines. For example, Cadillac CTS-V Sport Wagon, Dodge D100 and Ford Mustang GT will be on show in Essen.

Car fans feel special joy when they see vehicles that are not on the road every day. At this year's tuningXperience, this category will include De Tomaso Pantera, Honda Accord, Lexus GS300, Moskwitsch-408, Renault R5 Turbo and Volvo P245. Visitors to the Essen Motor Show should therefore keep their eyes open in every respect. 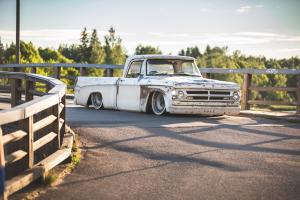 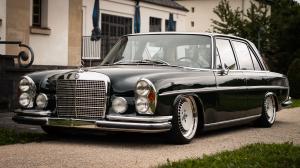 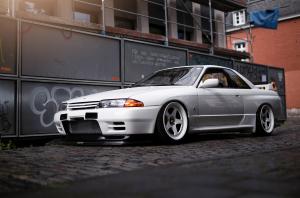