Around 500 exhibitors will show everything that the heart of the car fan desires in nine halls at the Essen Motor Show from December 3 to 11 (Preview Day: December 2). The expected highlights include the tuningXperience with around 150 exhibits which will be competing in Hall 5. The program of the special show includes the most popular and most elaborately converted tuning vehicles in Europe. The automotive treasures will come to Messe Essen from eleven countries and show what is hot among the European tuning elite. Maintaining tradition is a top priority, because many vehicles are real classics. The two oldest models come from the era of the economic miracle: a VW Beetle from 1957 and a VW T1 Samba from 1958.

Other historical representatives include the Audi Coupé (Type 89), BMW E30, Mercedes-Benz /8, Opel Ascona B and VW Golf I. In addition, a tuned Trabant 601 spreads historical flair. In general, it is primarily models of German engineering that are in high demand among tuning enthusiasts. In addition to the perennial favorites from Audi and VW, vehicles from BMW, Mercedes-Benz and Porsche in particular are enjoying growing popularity. At tuningXperience, fans can expect to see refined versions of the Audi TT, BMW M3, Mercedes-Benz C63, Porsche 911 and VW Golf VII GTI, among others.

The finish is what counts

In addition to the well-known models, a visit to tuningXperience also means one or two surprises. Porsche Carrera GT, Toyota BB, Volvo 480, Wartburg 311 - these are just four of the particularly rare vehicles in the program. Whether old or new, "made in Germany" or imported model: "The scene is currently paying particular attention to high-quality wheel-tire combinations with matching chassis solutions. Two- or three-piece rims, which are particularly lightweight and can be produced flexibly in terms of size and finish, are often used. The goal is the perfect finish of the wheel-tire combination with the body," explains Sven Schulz, organizer of tuningXperience.

For the first time, this year's special show includes motorcycles. "This is also a trend that we are currently observing: More and more two-wheelers are being refined," Schulz explains further. The visitors to the Essen Motor Show can convince themselves of this by means of particularly spectacularly converted bikes: For example, several models of Harley-Davidson as well as a Krause Duo 4/2 and a Simson Star will be there. In addition, the program of the tuningXperience includes, as usual, numerous volume models, sports cars, sustainably powered vehicles, import models, track tools, wide bodies and show cars - and thus leaves nothing to be desired.

The imagination knows no bounds in Essen

Each vehicle in the tuningXperience is unique in its own right - and yet every year there are models that run out of competition, so to speak, and attract the special attention of visitors. This year, these include a Ferrari Testarossa with a complete Liberty Walk conversion in widebody style and an Aston Martin Vantage V8 from 2020 that has been refined down to the last detail. An extended Mercedes-Benz W 124 in stretch limo look is also likely to cause a stir. And what's the point of it all? This question does not arise at the Essen Motor Show - there are no limits to enthusiasm and imagination here. 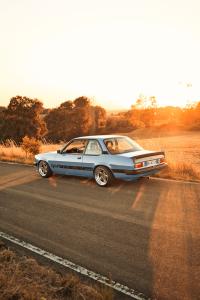 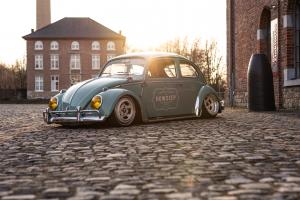