China is a growth market - also for the international tuning industry. This was demonstrated by the successful second edition of the China Essen Motor Show, which attracted more than 95,000 visitors to the China Import and Export Fair Complex in the Guangzhou metropolis with millions of inhabitants from 22 to 25 November 2019. Around 70 exhibitors and over 100 brands presented their portfolios to tuning enthusiasts, including international big names such as KW, H&R, Prior Design and Vogtland as well as Chinese manufacturers such as TGPM, Honda Access, Mugan and TRD. For the first time, German companies had a joint stand which was sponsored by the Federal Ministry for Economic Affairs and was used by eleven companies. The organizers of the Chinese performance festival are the China United Rubber Corporation, the Guangzhou Zhanlian Exhibition Service and Messe Essen. The China Essen Motor Show took place parallel to Auto Guangzhou, which is one of the largest automobile fairs in China.

Once again, Guangzhou confirmed itself as the right location for China's peformance show. As located in one of the country's most important business locations, situated in the Pearl River Delta and close to Shenzhen and Hong Kong, the second China Essen Motor Show achieved a new visitor record with over 95,000 car fans. A new exhibition hall provided a highly attractive presentation of the available services. Due to the direct connection to Auto Guangzhou, many visitors took the opportunity to visit both events. Especially the exhibitors on the German joint stand, which was sponsored by the Federal Ministry for Economic Affairs and Energy and the Association of Automobile Tuners (VDAT) for the first time, enjoyed a high level of attention. "This year, the China Essen Motor Show has undergone significant further development and is well on its way to establishing itself as an integral part of Auto Guangzhou," explains Harald Schmidtke, Managing Director of the association.

With the "Future Block", the Chinese offshoot also took its cue from tuningXperience, which generates enthusiasm at the German parent event year after year: The exhibition of private show cars demonstrated the diverse facets which are possible in modern car tuning today. Live music provided a suitable clubbing atmosphere, the Chinese social media star "Liu Liu Brother" attracted attention among the Chinese audience and traffic on the Chinese social media platforms. On the second day of the fair, there was an award ceremony where the best media partner, the best tuning car of the year and exhibitors were honored. Once again, the event confirmed the high future potential for the tuning industry and motorsports in China.

Exchange of ideas about economic potentials

The China Essen Motor Show was accompanied by a top-class supporting program. Representatives of the Federal Ministry of Transport and Digital Infrastructure, the Association of Automobile Tuners (VDAT) and Chinese authorities took part in a specialist conference on the topic of "China-Germany Conference on the aftermarket and transportation development". During an embassy reception on the German Pavilion, the German exhibitors had the opportunity to make further contacts with political representatives, associations and local producers.

The dates for the third China Essen Motor Show have already been set now: From 13 to 16 November 2020, China's performance show in Guangzhou will enter its third lap. 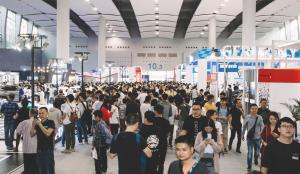 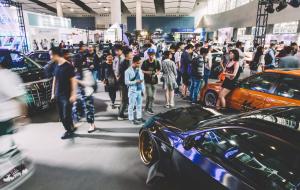