For car fans, it's a land of milk and honey. More than 500 exhibitors will present their products and innovations at the Essen Motor Show from 30 November to 8 December (Preview Day: 29 November). The range at the performance festival will include everything to do with sports cars, tuning, motorsports and classic cars. An overview of all the announcements submitted so far can be found under Products and Trade Fair News. The selection will range from production vehicles and racing cars - with and without electric drives - to crazy accessories such as tire spray with a glitter effect and tuning via voice control.

Volkswagen will present the ID.3, the first Wolfsburg car designed purely as an electric car. The vehicle is 4.26 meters long, has a range between 330 km and 550 km and costs starting from 29,900 euros. The standard drive is in the form of a rear drive via a synchronous machine which is excited by permanent magnets arranged on the rear axle and has an output of up to 150 kW (204 hp). The ID.3 marks the beginning of a new, dynamic era in the world of electric mobility. The "conventional" models on display will include the new T-Roc R. The crossover model with a powerful 300 hp accelerates from zero to 100 km/h in just 4.8 seconds.

Skoda will present a cross-section of its sporty models, for example the Octavia Estate RS60 with a top speed of 244 km/h or the Kodiaq RS: The SUV achieves impressive driving performances with 240 hp. The new Kamiq Crossover can also be seen in the Monte Carlo version - just like the Fabia small car and the compact Scala. The Kamiq Monte Carlo comes in Velvet-Red Premium Metallic with a 115 hp three-cylinder 1.0 TSI engine and a dual-clutch DSG gearbox. Skoda will also show the Citigo iV and the Superb iV, the brand's first two electrified production models. Motorsports fans can expect the Fabia, in which Fabian Kreim and Tobias Braun won the 2019 German Rally Championship. The car can be seen on the stand of the General German Automobile Club (ADAC).

ADAC, the ideal sponsor of the Essen Motor Show for over 30 years, will also show the Opel Corsa-e Rally, with which the world's first one-brand cup for electric vehicles will be staged in 2020. The fans can also expect, among other vehicles, the Hyundai i20 WRC (winner of the brand classification in the 2019 World Rally Championship) and the Audi 8 LMRS, with which Kevin van der Linde and Patric Niederhauser won the ADAC GT Masters Series this year. The Porsche Carrera Cup Germany will also rely on a winner type: The Stuttgart team will show the victorious car of Julien Andlauer, the 911 GT3 Cup.

At the Essen Motor Show, Lackas Rhein-Ruhr will present the new GR Supra in Hall 3. The sports car remains true to the heritage of past Supra generations and the Toyota icon 2000GT. Fans can look forward to an inspiring mixture of agility and handling precision. The new edition of the sports car owes this to the combination of a short wheelbase, a wide track, a low weight, a low centre of gravity and a high-strength body. The fine tuning of the agility, the stability and the handling was done by the racing pros from Toyota Gazoo Racing (GR). They tested the GR Supra especially on the Nordschleife of the Nürburgring and on the surrounding roads.

The Mercedes-Benz tuner Carlsson will use the Mercedes FanWorld in Hall 3 to present its version of the G 63. With the Carlsson performance upgrade, the engine delivers around 700 hp. The appearance of the G 63 has also been changed. With an aero package consisting of a front spoiler, side skirts with integrated exhaust tailpipes and a rear apron attachment, this G 63 looks sporty and elegant despite its off-road genes. Also on the Mercedes fans' stand - among many other vehicles: the Mercedes 450 SLC 5.0, with which the brand achieved a five-time victory at the South America Rally in 1978.

The rims are sexy, but the already grey tires are simply a turnoff? With the new tire spray from FOLIATEC®.com in Hall 6, the sidewalls will not only shine blacker than ever before, but will also be provided with a cool and long-lasting glitter effect. The tire spray lasts up to several weeks depending on the weather and the distance driven. Of course, this styling measure is particularly effective when the car is in motion. And what if, after a while, you suddenly don't like it anymore? No problem: Simply remove it again with water and a brush.

From now on, DTE Systems in Hall 7 is the first tuner ever to offer the PowerControl app also with voice control for the Apple iPhone. With the Siri voice control (from iOS 12), the driver can store the most important shortcuts in the tuning app in a personalized form. This allows the different driving programs to be set or the tuning to be switched on and off with a word. The performance of the real-time values can also be easily displayed on a voice command.

For passionate motorists who appreciate dynamics, feedback and a unique driving experience, Recaro Automotive Seating will have a surprise in store in Hall 3: The world's leading manufacturer of performance car seats will use the big stage of the Essen Motor Show to celebrate a world premiere with the fans. Ultimate performance on the road and the racetrack, cool design and the finest workmanship - these are the first key words about the new seat from Recaro. Visitors will be able to see that for themselves in Essen. 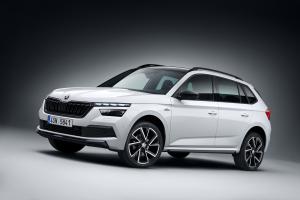 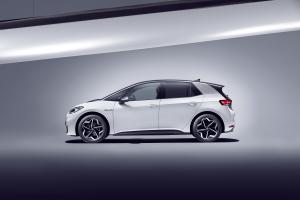